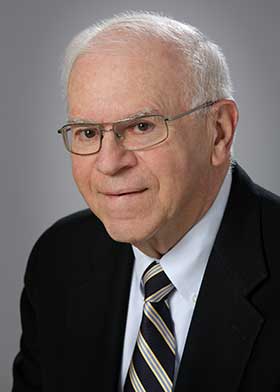 Litigation
With more than 40 reported cases to his credit, Arnold Mytelka is a well known and respected litigator. He has represented clients in complex corporate and commercial cases, trust and estate disputes, professional ethics matters and employment disputes, as well as in significant land use cases. The scope of his experience is uniquely varied, especially in chancery, appellate and administrative litigations. Mr. Mytelka has been appointed by judges to serve as special fiscal agent, trustee, mediator and the like.  In recent years he has mediated many disputes and acted as special fiscal agent to help stabilize businesses while litigation is in process.

Land Use
Mr. Mytelka is one of New Jersey's important land use lawyers. He has chaired the New Jersey State Bar Association's Land Use Law Section and has taught land use law at Rutgers Law School. Among his cases, he represented the developer and (after 18 contentious Planning Board sessions) obtained approval for more than 900 units of upscale residential housing in Hoboken. In addition to representing developers, Mr. Mytelka has represented municipalities: the Borough of Paramus as Special Counsel for affordable housing and Harding Township in connection with an appeal from the Zoning Board of Adjustment to the Township Committee. He has argued land use appeals in the New Jersey Appellate Division and Supreme Court, including the landmark Mount Laurel II case.