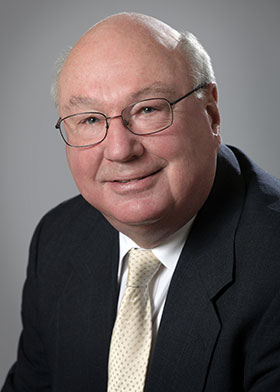 The focus of David Menzel's practice is litigation.  He received an A.B. degree in 1970 from the University of Notre Dame where he graduated Maxima Cum Laude and was a member of Phi Beta Kappa.  He graduated as a University Scholar in 1973 from New York University School of Law where he was a staff member of the Annual Survey of American Law and selected for the Order of the Coif.  He has authored an article titled "The Defense of Contributory Negligence in Accountant's Malpractice Actions", 13 Seton Hall L. Rev. 292 (1983) and a chapter entitled "Damages Recoverable in Commercial Cases" appearing in Commercial Litigation in New Jersey (LPI 1996).  Mr. Menzel has served as a member of the District V Ethics Committee.

Mr. Menzel's litigation practice has included representation of banks, insurance companies in their capacity as lenders and providers of financial products, a mortgage loan wholesaler, and a mortgage loan warehouse lender.  He has extensive experience in defending against class actions.  Noteworthy engagements on behalf of financial service clients include:

Other class action engagements include: